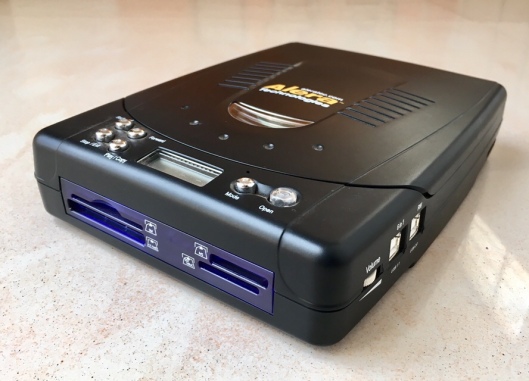 The year was 2003 when I purchased my first DSLR, spent ₹ 1.75 lacs on the 6mp camera body & another ₹16000/- for 2 Compact Flash cards of 512 mb each. Thankfully the existing SLR lenses were compatible. It was the time of transition from film to digital technology for professional photography . With film cameras editing was taken care of at client’s end, there was no real need of laptops/computers at the time and location of shoot.

This was also the time of shooting with both technologies, film as well as digital, the clients were not sure about the output and quality of digital cameras. The camera which I was using, Fuji S2Pro, had the option of clicking in TIFF mode besides JPEG, RAW processing was not common as editing software were not very advanced unlike today.

On a 512mb memory card, there was a possibility of storing only 28 images, each file size being around 18mb, lesser than a film roll with 36 exposures and almost double than medium format film rolls. Two memory cards were always insufficient for the days shoot considering exposure bracketing.

Buying more memory cards was not a cheap option and laptops were not inexpensive either.

As a standby during that time I requested my friend to bring the Digital Photo Copy Cruiser by Alera Technologies from USA, it was never launched in India and I paid around ₹10000/- for it. I read about this product in an international photography magazine, not much of information was available on internet during those days.

This product was revolutionary which enabled the copying of digital photos directly from camera memory cards to CD without a computer. Each CD can store 700mb data which was more than sufficient for one memory card of 512mb.

This device with two memory cards and lots of blank CDs became an integral part of my camera kit bag and served my purpose for many years till the time memory cards started coming with higher storage capacity and became affordable.

Photos from memory cards could be added to the CD in multi-session format so the full capacity of the CD could be used, though I never used this feature . It could also be used as a USB 2.0 36x CD recorder when connected to a computer. The Digital Photo Copy Cruiser supported the following Digital Memory Card formats: CF Type I and II, SD, MMC, SM, MS, MS Pro, and Micro Drive.

I read somewhere that this device became very popular with intelligence and detective agencies as it didn’t leave a trail since no computers were used to transfer the images from the memory card resulting in utmost secrecy.

The technological advancements in last fifteen years or so has made a tremendous impact on photography, cameras have become much more affordable resulting in democratisation where more people are able to pursue the craft either as hobby or profession. The initial days of transition from film to digital was a great learning experience, things were changing at a rapid pace as compared to present. It is now the time again to concentrate on the art of photography rather than worrying about the changing technology.