Many a times photographers especially with big cameras are stopped by guards at ASI ( Archaeological Survey of India) protected monuments citing signage prohibiting photography at the entrance to take photographs. 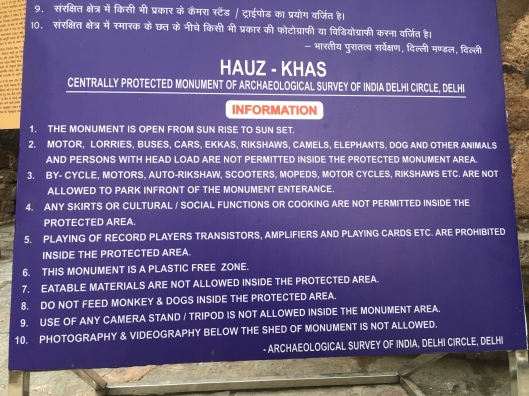 Here is the copy of permission letter issued by concerned authorities. This has been tweeted by Dr. Mahesh Sharma who at present is the Union Minister of State for Culture (Independent Charge) and Minister of State for- Environment, Forest and Climate Change, Government of India.

Though still photography without using tripod was always allowed but it was difficult to find the office order stating the same and it was at the discretion of guards to put various kinds of restrictions which even included carrying DSLR inside the monuments as it can be used for video, videography without prior permission is not allowed. 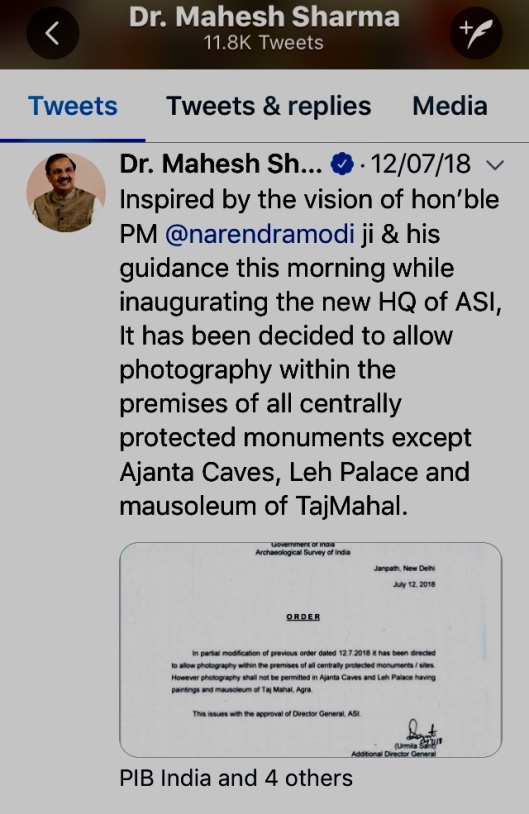 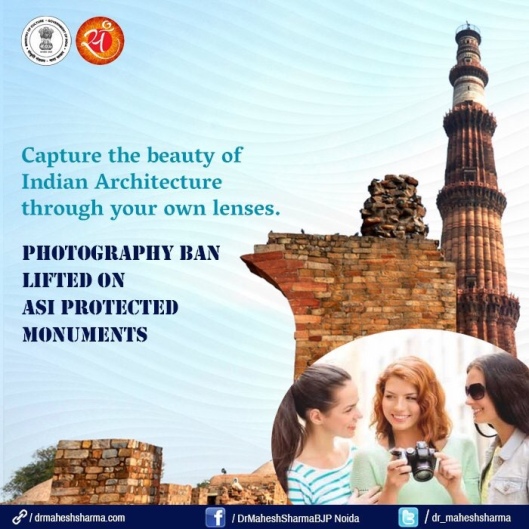 It is advised to either take a print out of this and always keep in camera bag or save it on the phone.

At Nurpur Fort, HP, an ASI protected monument we were stopped from taking DSLRs inside by the gentleman sitting at the gate. When we asked the reason,he went to the office of ASI next door and came out with 2 officials who carried a copy of ‘Gazette of India’ and told us that as per the Gazette DSLRs are not allowed.
We read the paper carefully but could not find any words barring DSLRs. It only mentioned about restrictions on videography & use of tripod. When we asked the officials to point out the restriction relating to DSLR, we were shocked to hear the response-DSLRs are not allowed because they are capable of making videos. They had interpreted the rules in their own way, found it funny too.
Since we had driven almost 3 hours to reach the Fort and realised that fighting with these officials will be like banging the head against the wall, we tried to convince them that we are here only for still photography not videography. After a lot of persuading the boss agreed but with a condition, 2 of his assistants will accompany us throughout our stay at the Fort to ensure that we stick to still photography only.

So we had these ‘Do Jasoos’ following us, appearing in our frames many a times during our 3 hour stay at the Fort. We even had permission from District administration to take photos but it seems ASI is under Central Government and the State administration has no say.
This is not the end, inside the Fort is an old temple with beautifully painted walls. An arrogant ‘Panditji’ and his wife tried to stop us from taking photographs, thankfully the two spies came handy here and we defied the ‘religious couple’ and continued with our job. These protectors of religion were not concerned about dogs moving freely inside the main sanctum sanctorum, they were not concerned about the dog shit lying at the entrance of the sanctum sanctorum, they were more worried about some photographers quietly taking photographs without disturbing anyone.
Really felt frustrated after this whole experience, serious photography in our country is not easy in places which are under some kind of Govt Agency or some kind of religious trust. The place was full of people taking pictures with their phone cameras but using DSLR is a strict no no.
When will the mindset of these people change, when will they realise that photography is a harmless activity which does not damage the monument or disrespect religion in any way. Rather it helps in creating a legacy for the future generations.