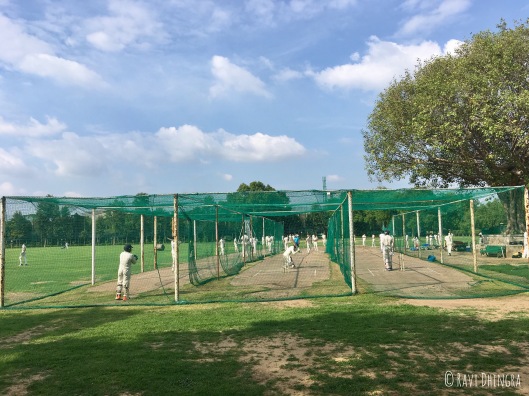 25th June 1983. This day history was created and it changed the future course of sports in India. Asian Games concluded in Delhi a few months back, the mega sports event was a successful one by any standards. The stadiums drew decent crowds and millions watched on television, some in colour too, colour TV was launched at the same time in India. And there was no cricket in the Games, yet there was an overall interest in all the sports, hockey being the front runner. PT Usha in athletics, Khazan Singh in swimming, Chand Ram winning the Gold in 20 km walk became household names. Cricket was another sport with good following but it surely wasn’t the only sport which Indians were glued on to.

And then India won the World Cup in cricket in 1983, the mindset of Indians changed with respect to sports. By the way Cricket is only played by a small number of countries, one can count on fingers, mostly colonies of British Empire, aka Commonwealth Countries. And to excel among 10 nations playing cricket in the World, the game got some undue importance. Cricket became religion and some players God. And in this whole process of finding new Gods, other sports were neglected. Everyone wanted to play cricket, suddenly there was money in the sport. Television coverage, brand endorsements etc drew the attention of younger generation and the gentlemen’s game turned glamorous.
Though in the last few years, other sports are making an effort to bounce back, cricket in India has not taken a backseat. Innovations and improvisations in the game has made it fast paced, more glamorous and has made the players richer and richer. Cricketers are role models for majority of the children in the country and to become like them is a dream which they all kids have. The parents also see an opportunity in this, education is important but to make career in sports(Cricket) is no longer a taboo. This obsession has resulted in mushrooming of ‘Cricket Coaching Schools’ all across the country, a few started by ex-cricketers of repute. Cricket Academy is another business now, and a profitable one too considering the enthusiasm.

Every child who join comes with an aspiration to wear the Indian Cricket Cap, to represent the country and in the process become rich and famous and  to become a poster boy.

Though the path is not easy, there is stiff competition and nepotism, the risk is worth taking.

Padding up to face the challenges, the young shoulders have a long way to go. 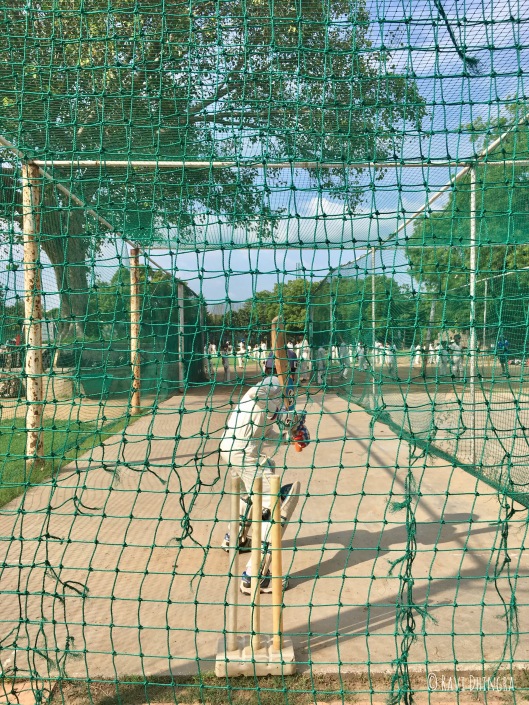 The trap is laid, the nets are spread, a selected few from millions will break the shackles and will reach heights to touch the sky. 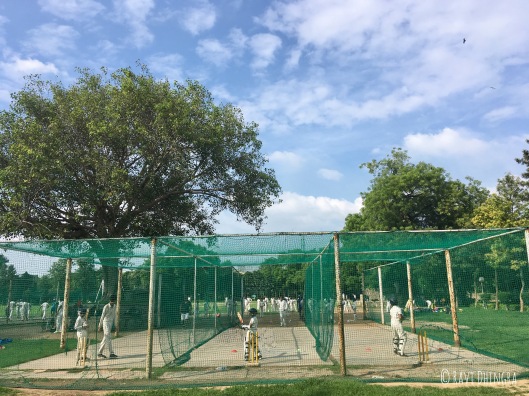 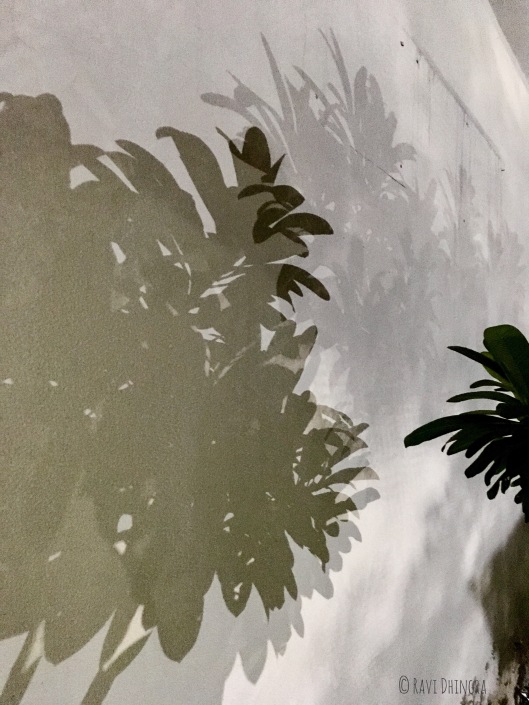 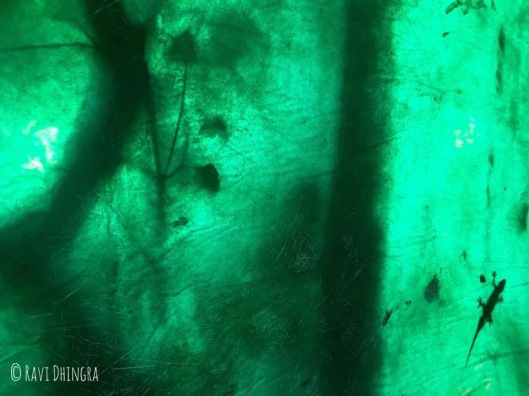