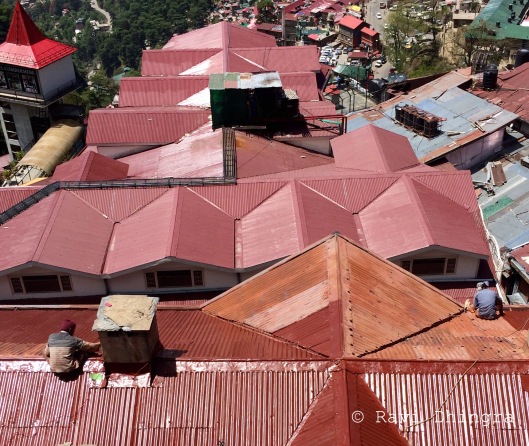 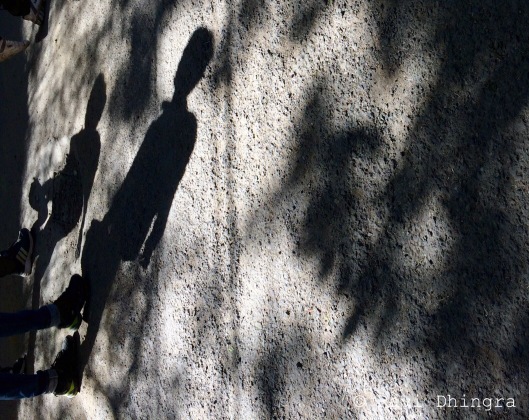 I drove a train to heaven

One night inside my dream

It didn’t run on diesel

It didn’t run on steam

The power came from heaven

That made that engine strong

My helper was an angel

So nothing could go wrong

The dreamer has the power

To drive that train above

But God sits in the tower

If it’s to run on love

They came from many nations

To take the train that day

They all had reservations

Their tickets marked one way

They had their destination

They came into the station

And not one soul was late

I hope the Great Trainmaster

Will keep me on this run

To take more souls to heaven

When earthly chores are done

My friends you can believe me

This is a busy line

And it will keep on running

Until the ends of time

It was a sensational afternoon in the Capital as a farmer from Rajasthan whose crop was destroyed by recent unseasonal rains gate crashed a dharna event to enact a suicide.

While some guests were seen clicking pictures of the farmer desperately trying to hang himself on a tree,others mingled over drinks and snacks. The host of the party continued to entertain the audience with his antics. A few wise souls did climb up the tree either to have a close look or to save the poor soul.

Some of the people who were not invited or missed the action immediately rushed to the hospital where the farmer was brought dead. The afternoon in the hospital saw the who’s who of politics under one roof,hobnobbing over rounds of wine and cheese . They also posed in front of the camera and expressed the grief and shock over the incident.

Cheese,wine and some very animated conversations set the tone for the evening in the studios of News channels. The discussions also saw some well known faces from Delhi’s social and political circuit condemning the Governmant and blaming each other for current state of farmers in the country.
Some of the captions which accompanied the photographs of guests who attended  the event in the next day’s event coverage on Page 3 were:

Colour White: for the politician who joined work after a sabbatical

The Game Changers: some broom holders

Let’s get clicked: the gate crashers

Two to tango: men in saffron

Prim and Proper: the supereme leader

My Daddy strongest: the leader in exile with his daughter

A dash of bling: Ex-CM of a neighbouring State of Delhi

Text: plagiarised from some real coverage in the Page 3

The brief of the photo shoot was to work with shadows and make each piece of furniture look like a piece of art. And rightly so,it is just not simply furniture,it is art-furniture,designed by Natasha Kohli,Filo and hand-crafted by Master craftsmen.The assignment though challenging turned out to be quite interesting and one of the memorable ones.

To read about the collection and view more photographs,click on the links below: